“You remember you told me that I am your confidante.Don’t you?”

“Yes, I trust you with all the crazy secrets and personal feelings”

Smiling & little concerned, he was confused whether to put the question or not. The time has come to confront the last issue which may create, so deep a chasm between them that they may never talk again.

Mustering all his courage he put forth the incredulous possibility to her, ” Have you ever considered the fact that you have never met me in person. So, I may be just a lucid illusion, an Artificial Intelligence or just a figment of your imagination?“

“What?!…….. What do you mean?…… That…….. I have been letting all my inner feelings & thoughts to…….. a non-human being.” Confused she spoke in broken sentences. She found that there was a sense sincerity in his statement.’Was he telling the truth’ she wondered.

“No, you cant speak so spontaneously to me if you are an AI or machine or program of some sort. Moreover, I am almost disconnected from the virtual grid. You are a real person – don’t trick me into one of your fantasies.”

He laughed at her and replied,” Yes, the possibility of an AI can be rejected,now. And I am not conjuring any fantasy of sort.”
His tone became serious, ” But consider that possibility from a clear mind. Don’t deny the truth in that statement. For that I know my reality – the non-existence of any entity like me. I am unreal, don’t you think?“

She was left brooding after reading his words on the glass monitor held in her hand. She considered all the possibility and each time she came to a conclusion that he may be just an illusion. All the facts about him can be produced from anyone. And his thoughts & mind always felt like her own. As if he was a part of her, not a whole part, instead a distorted whole of her. His reactions & response were completely different from any other person she met in real. Her eyes widened & she noticed that all his reaction seemed to be her own. Responses which was her, may be originating in her subconscious or unconscious being. She was startled at the realization. She was getting anxious & agitated from inside. All this time she was talking to an illusion.

“No….No….you have to be real. I deny your crazy proposition. You are tricking me into your story,after all you know so much about me.”

“Don’t worry dear, you will be alright. It’s time to let me go.” He messaged her.

“Don’t go away. Don’t leave me isolated. Please, don’t do this.”, She wanted to talk with him more.She didn’t want the end of it.

The screen-light turned off. Her eyes looked at the black glass screen in her hand. Slowly, the black screen widened & engulfed the whole sight.

Little Eris opened her eyes. She looked around in the dim-lighted room. It was a simple room of the castle, not ostentatious a bit. There lay only the bed, a table, a lighted candle and a disfigured mirror in the room. Eris got up from the bed and sat in front of the mirror. The reflecting surface of the mirror moved around its hinges as if to look down to the girl.

“Hey! EeerrIss “ Eris addressed the image in the mirror in excitement & cheerfulness. The mirror tilted a little in her response.

“I saw this amazing vision today in my dream. Will you like to listen about it ??”. Mirror nodded in response. Eris started narrating the story of the girl in her dream.

The Mirror was her refuge from all the dreams she had. Well, those dreams were the life of Little Eris. The mirror disfigured more and more each day as she was growing older. In some way, it hoped that the little Eris can handle it all, when one day it will crumble under the stories she narrated to it everyday.

The post is part of the Dungeon Prompt : Seeking Refuge.
I was reading some Science Fiction of late, just to be fresh, while keeping up with all the serious studies. So, tried my hand at this looped up fantasy. 😀 I will also write the reviews of all those books in December month.

Be Still and Know – MarthaOstout

Nature’s Force – Traces of the Soul

Where Nothing Else Matters – The Seeker’s Dungeon

Woohoo My first post of year 2013.It looked like it wouldn’t make it till 3 weeks in this year.But its only 4th Jan :). Howsoever I wanted my first post to be an illustration *sigh* it’s a book review.My 100th post was a Book Review & my new year post is also a book review.:P

Haruki Murakami is a well known Japanese Fiction Writer.I follow many blog about books & I got a pretty good feedback about his work.So going against my preferred genre of Non-Fiction, I bought this 1Q84 trilogy by Murakami. And I have to say, I will prefer non-fiction books over fiction any time. What attracted me to 1Q84 was that it was fantasy ,however, it came out to be a love story.I don’t much like love-stories ( so already biased against it) and to make the matter worse it gave me a feeling of Bollywood style love-stories – yash raj production style.

The book is around 1300 pages long & came in one binding, so it took considerable amount of time to read(1 month because it lost me at places).It is mainly based around two characters Aomame & Tengo. There are mysterious Little People, who make Air Chrysallis and around them an self-sustained village form a cult.Both Aomames’ & Tengos’ acts create problems for this cult & they get entangled into some risky situations.There is a peculiar & eccentric 17yr girl Fuka-eri who plays an important part in all the commotions as she was the one who saw the little people first.And she is like a ghost coming into the story at her whims & vanishing from it.She was also an open-end. Aomame messes with the cult due to her clandestine work.But Aomame & Tengo never meet each other in the whole book except in the climax.When they were in 10yr old they held their hands together & that has been keeping them in love for all these 20 something yr.And in the climax they meet just like that with a phone call to Tengo to meet Aomame. Nothing dramatic.Then they again hold their hands & stay together….(sorry,I can’t write it like this any more – love stories unnerve me somewhat)

I didn’t get a whole or big picture of the story.It was like disintegrated pieces which started with some new connections & finished with lose ends.The mystery of Little people was not much explained or had any part in it.Their were many characters which just came into the story & just like that went out of focus.No back-stories about them – where they went, what happened to them – only open ends.And the writing style – amazing. That’s what grabbed me from the start , all the minute details that you can visualize it lucidly.Well, you don’t find this style in non-fictions, it’s a forte of fiction genre.

It is said that Murakami messes up with your mind and it is true.It does mess up with your mind.I am still unsatisfied by the open ends.The chapters in there singularity will look amazing but when you place everything together it looks haywire.And some details just annoyed me with there repetitions. The book will be half the size if you carve out the redundant paras.Also the details about other literary works looked like suggestions to the readers – ‘go read this book if you want to grasp the real meaning of this conversation’.The worst thing for me was the ‘Yash Raj Style’ love story & ending. The girl feels she is in love with the guy & vice-versa because of the hand they held together & after 20yr they still are in love with each other.(Totally like Yash Raj – Instead of imagining a Japanese Tengo, I started to look him as SRK Tengo..:p)

Finally, I would say 1Q84 is amazing in bits but bot in bites.If you like love-stories & mystery & fantasy- pick this up.For me, it looked like a not so good use of my time.(It happens with books).But, It does messes up your head.

It was raining heavily on the terrain, the visibility was less than 2 meters. Amir picked up his primitive glasses and pressed the left screen. It was connecting to the server and he has to wait there, hidden in the camouflage. The data was downloaded, now he can view the contours of the forestland ahead of him.Still it was not clear, the dense woods were obstructing the view.He then clicked the right screen of his eye-piece.Infrared visuals were started.Now Amir decided to come out of the hiding and move forward.

Highly exasperating , his heart pounding fast he paced to the left. Amir had to penetrate the enemy-lines and signal his team.He was moving in a zig-zag fashion to evade any snipe shots or laser beams.To his surprise, something came from behind and stunned him at his place. He tried to move his head but coudn’t. His pupils dilated to look for the coming entity towards him.He heard something pouncing the ground, moving towards him, roaring.He was waiting for the stun to wither down.He saw an incoming glowing light towards him, it was a big white polar bear – glittering in an armor with blue crystals.Amir regained his conscious and dodged the incoming threat.It was run for life now – he got on his legs and sprinted.Throwing down bombs on his way and expecting that the bear might get caught in it.*Boom* *Boom* 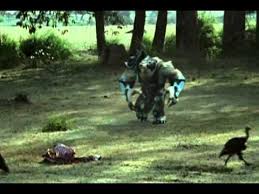 Amir heard the blasts and decided to go for the enemy lines.He again camouflaged and hid into the bushes for evading any pursuer.Suddenly he found himself chained by a yellow rope and getting pulled away from his hide-out. A warrior woman was pulling him towards her.He felt his body heating up. He knew he would melt away from inside if nothing was done.He jumped towards the woman and pulled a battery size switch from his belt.She was taken aback by this move and was pulling her glowing staff to hit him with.Too slow of her,Amir touched her hand and pushed the button.A red lightning shrouded both of them.The warrior shrieked and the rope was let loose.Not letting anytime waste, Amir pulled another switch which was attached to his back. He pulled the warrior towards him, planted a kiss on her lips and pushed the green button.Ten mile of the surrounding area was consumed by a flash.After the light dimmed, the whole area became an inferno and in the center lied the skeletal of both the warrior woman and Amir.

Fortrunner-364 opened his eyes slowly, adjusting to the bright light coming from the window.He looked at his hand , his lips parted showing his white teeth.And his laughter broke the silence in the room.He was amused by what he has achieved – today he made it to the next hierarchy.Now he will get a raise and more perks.Now he can pay the loan early for his SFe-520 cruiser.Looking through his office hall he felt relieved, now he will get a cabin on the above floor.He will leave this floor, his colleagues. He was expecting that some-one might log-off from his work and he can share the good news.The happiness blooming inside him was making him impatient. He was repeatedly checking the back of his hand.

You have 8 more min.Please play and complete the working hours. [The message was flashing on his hand’s skin]